•  Established in 1966 with only four faculties

•  The largest and only multi-disciplinary university in the MD till 2000, serving the needs of nearly 20 million inhabitants in the region.

Founded on March 31, 1966, Can Tho Institute had 4 faculties:  Sciences, Law and Social Sciences, Letters, and Education.  Previously, the Faculty of Education was training undergraduate (bachelor degree) students, the College of Agriculture was training engineers, and the Center of Foreign Languages was offering foreign language courses.

The facilities of Can Tho Institute were located in four places:

-  The President’s Building (No 5, Hoa Binh Avenue): was the administration center of the Institute.

- Campus I (30 – 4 Street): with an area of over 5 hectares, was used as the accommodation for staff members, the dormitory for female students, a model public school for teacher training, the College of Agriculture, and administration buildings for the faculties.

-  Campus II: (3 – 2 Street): with the area of 87 hectares, contained the main classroom buildings of the Institute.

- Campus III: (No 1, Ly Tu Trong Street): with the area of 0,65 hectares, was the first training area consisting of the Faculty of Sciences and the library. 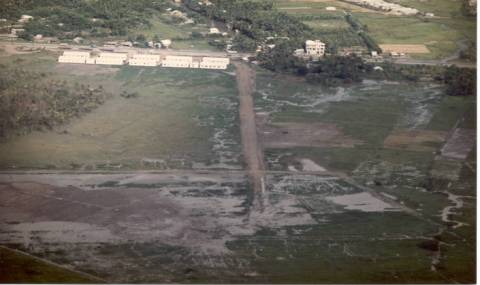 The first rows of classrooms in Campus II (1973)

After 1975, the Faculty of Education was separated into the Faculties of Science Education and Social Science-Humanities Education, training upper secondary teachers of mathematics, physics, chemistry, biology, literature, history, geography, and foreign languages. After that, they were expanded to 5 separate faculties: mathematics - physics (1980), chemistry - biology (1980), history - geography (1982), letters (1983) and foreign languages (1983). 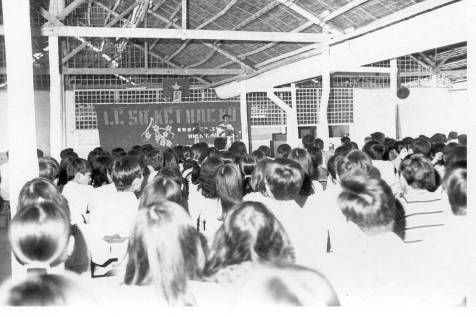 Almost all the classrooms were made of bamboo and thatch leaves (1976).

In 1978, the Faculty of In-service Training was established. It was responsible for managing and developing programs to improve and train upper secondary teachers and others in applied engineering to help control the production of the provinces in the MDMekong Delta. The training period was 5 years.  Since 1981, to meet the increasing need for in-service training in the MDMekong Delta, the University has developed links with the provinces and opened regional Centers for In-service Training and Improvement.  These are now called Centers for Continuing Education: Tien Giang - Long An - Ben Tre, Vinh Long - Đong Thap, Can Tho, An Giang, Soc Trang, Tra Vinh, Kien Giang and Minh Hai.

In 1987, to meet the requirement for developing a market-oriented economy in line with the renewal policy of the Communist Party and the Government, the Faculty of Agricultural Economics linked itself with the Ho Chi Ming Economic University and opened 4 more undergraduate specializations: Finance - Credit, General Accounting, Foreign Trade and Business Administration. Similarly, in 1988, the Faculty of Water Management expanded and added 2 undergraduate specializations, hydraulic structure and rural construction, to meet the need for constructing houses and bridges in the rural areas of the MDMekong Delta.

In 1990, the faculty of mathematics - physics opened a college-training program with 2 specializations, electronics and informatics. It did so by upgrading its existing electrical workshop to the Center of Electronics - Informatics. 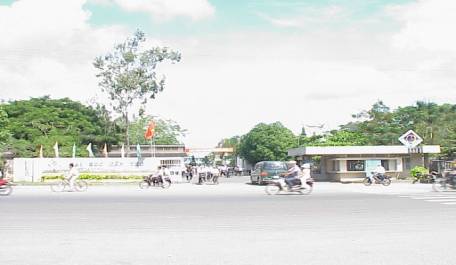 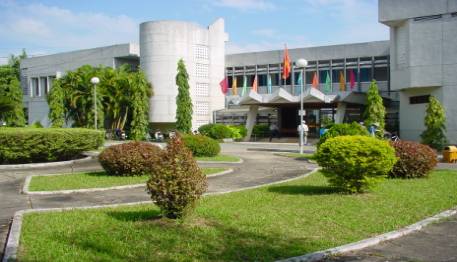 During its formation and development processes, CTU always receives support from the Government and the Ministry of Education and Training.

Governmental delegations and the Minister of Education and Training visit the University.

The present organizational structure of Can Tho University